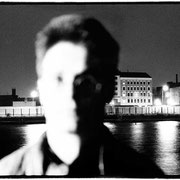 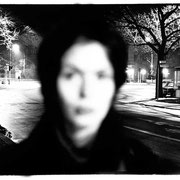 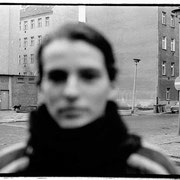 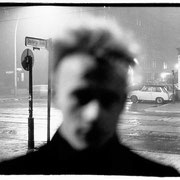 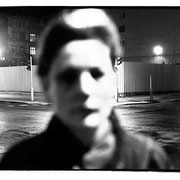 The series Berliner Traum is based on a photographic reversal of the portrait principle. It is not the person to be portrayed who is sharply reproduced, but the background. The portrayed persons are Buchwald's East Berlin artist friends, who are shown in their living environment, for example in their street or in front of their house. He portrayed them both during the day and at night and presents the photographs as a series in a 10-part tableau. The night shots were called Berliner Traum (Berlin Dream) and exhibited in the fall of 1989 in the installation Nachtkammer (Night Chamber), within the exhibition Akzente (Accents) in the Galerie Weißer Elefant. However, the pictures remained invisible, since the room, which was entered via a light sluice, was completely darkened and the pictures were only illuminated from behind, while a sound collage with noises could be heard.