( * July 24, 1860 Ivančice in Moravia; † July 14, 1939 in Prague) was a Czech poster artist, graphic designer, illustrator, painter, amateur photographer and craftsman, considered one of the outstanding representatives of Art Nouveau.

Mucha began his artistic career as an autodidact. Since he had been rejected by the Prague Academy, he attended a school for stage decoration in Vienna starting in 1879 and also a drawing class in the evenings; he was encouraged in this by Count Karl Khuen-Belasi. Eventually he obtained a job with the firm Kautsky-Brioschi-Burghardt as well as several commissions for stage paintings, especially for the Ring Theater. After the disastrous fire at the Ring Theater in 1881, he lost this source of income and went back to Moravia. In 1882 Mucha was commissioned to decorate the interior of the neo-baroque chateau Emin zámek (Emmahof) near Hrušovany nad Jevišovkou (German Grusbach) in Moravia, which was created for Eduard Khuen-Belasi. He carried out further paintings in the ancestral castle Gandegg of the Khuen-Belasi family near Eppan in South Tyrol. Supported by the Khuen-Belasi family, he studied at the Academy of Fine Arts in Munich from 1885 to 1887.

On the occasion of the World's Fair, Mucha moved from Munich to Paris, at that time the Mecca of the arts. There he took lessons from various teachers, living in modest circumstances but managing to keep his head above water with small commissions for book illustrations. He shared a studio with Paul Gauguin for a short time. When he discovered the Slavs under Ottoman rule in Bosnia at the World's Fair, his interest in Slav culture began. His breakthrough came with an occasional job for Sarah Bernhardt, the most famous Western actress of the turn of the century. Shortly before Christmas 1894, she was looking for an artist who would design an event poster for the play "Gismonda", as her usual contractors dropped out. Mucha learned of this by chance while visiting a print shop and offered himself. He got the job, and so two weeks later his posters were hanging all over Paris, making him world famous. They were so sought after that almost all of them were removed by art lovers, making him one of the most sought-after poster painters of the Belle Époque. Mucha was also active as an amateur photographer and used his photographs as models for his prints.  In 1901, he became a Knight of the French Legion of Honor. Mucha was a member of the League of Freemasons and, according to historian Jaroslav Sebek, from the Historical Institute of the Academy of Sciences, is considered a re-founder of Czech Freemasonry. A year later, he traveled to Moravia with the French sculptor Auguste Rodin. In 1904 Mucha went to the United States for two years, welcomed and celebrated with a special multi-page supplement in the New York Times, and taught there as a lecturer at the Academies of Fine Arts in New York, Philadelphia, and Chicago. In 1906 he married Marie Chytilová, whom he had met in Paris, in Prague.

After World War I, his success waned. Mucha went back to Czechoslovakia, where he continued to be artistically active. For example, he designed postage stamps (including the first stamp of 1918 with a Hradcany motif), banknotes, and medals for the young Czechoslovak state. Commissioned by an American millionaire, Mucha created a cycle of 20 monumental paintings in 18 years; a monumental epic on the history of Slavic peoples. Under the title Slavic Epic, the paintings can still be admired today. Financially independent, he lived with his wife and two children in a castle north of Prague.

Mucha was one of the first to be interned after the invasion of German troops in 1939. He died shortly thereafter as a result of pneumonia. His son Jiří Mucha was a Czech cosmopolitan, writer, publicist and screenwriter. 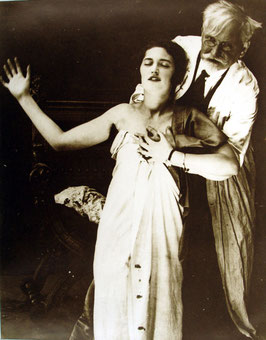 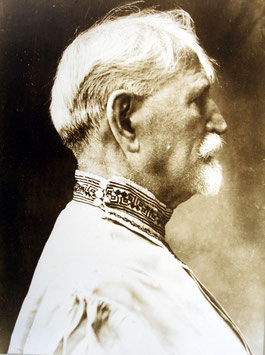