Artist of the month March

Richard Caldicott was born in 1962 in Leicester, Great Britain.

He lives and works in London.

For more than 20 years, the British artist Richard Caldicott has been navigating the space between photography, painting and sculpture, and with this ongoing process he continually treads new and challenging paths. The process of the creation of a work and its critical questioning is a central theme in Caldicott's work. In Caldicott's work since 2004, the photograph no longer contains a subject or object. Rather, the photograph consists only of "a kind of construction". He builds independent sculpture collages, mostly out of paper, and photographs them. Here, the photograph itself is now reified and elevated to an independent object. At the same time, this process opens up a further questioning of the medium of photography and that of the "specific object".

As an artist, he enters into dialogue with the past epoch of modernism in all its facets and forms. But not only with abstract art from Kasimir Malevich to "Iconic Minimalism", but also with the complex, structured rationality of architecture, the music of modernism and concrete art. His recent works, especially the extended series of photograms and their "negatives", show that Caldicott's interest has less to do with what a photograph is or how it is made than what it does for us and how we perceive it - and our expectations about its meaning.

A selection from the editions 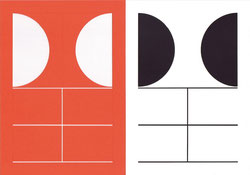 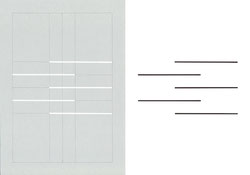 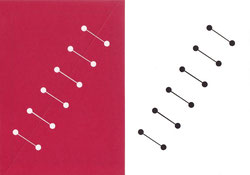 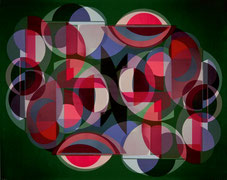 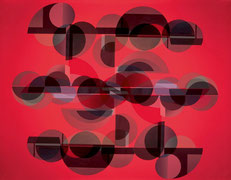