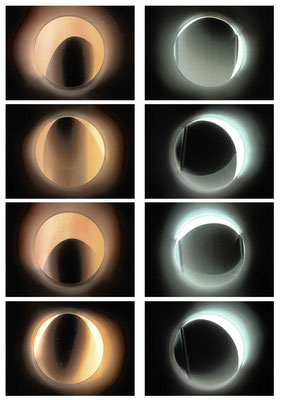 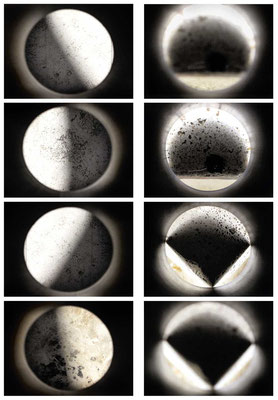 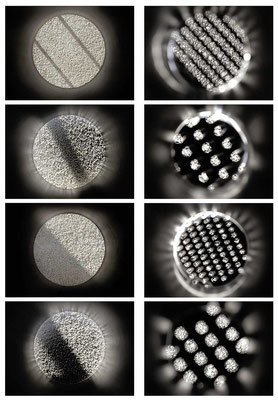 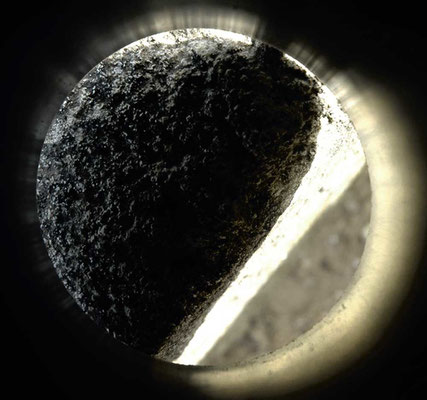 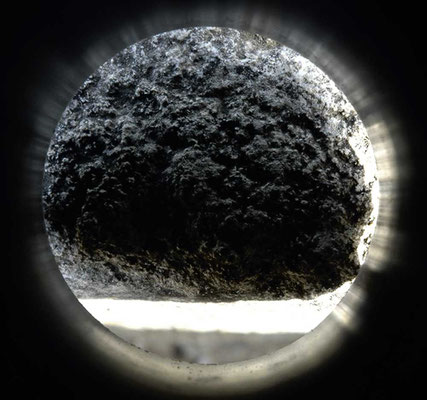 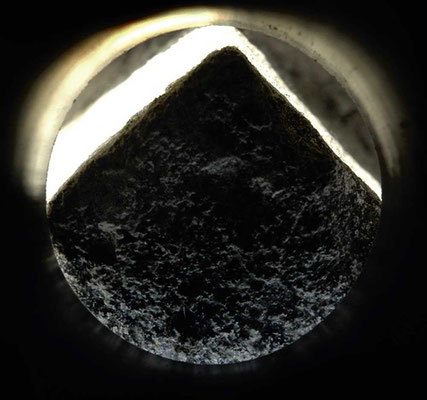 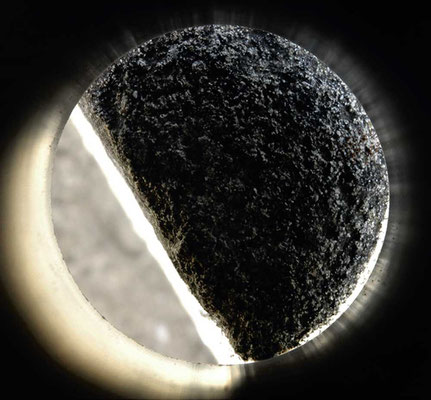 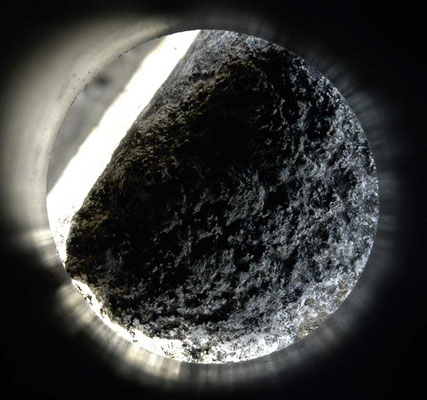 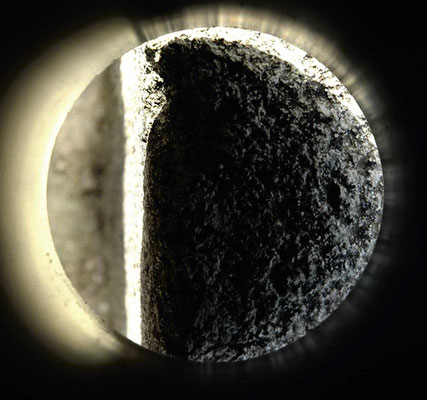 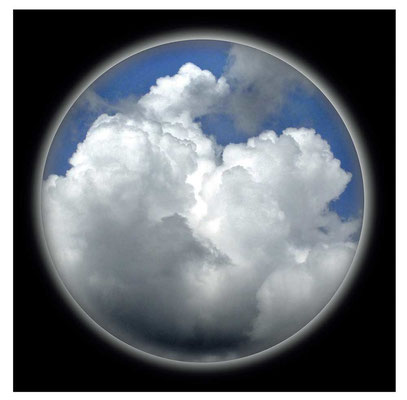 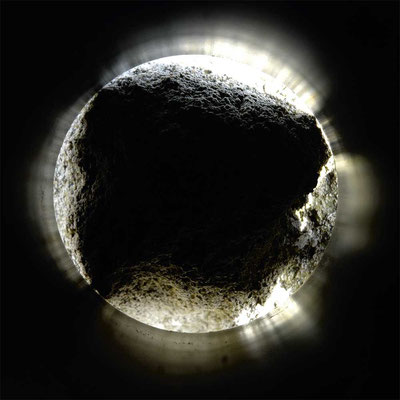 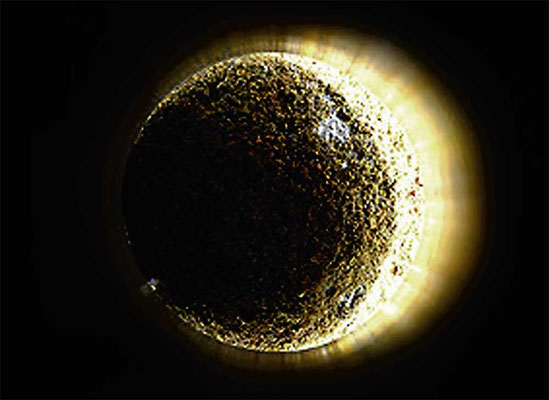 In the circle of perception

Buchwald photographed for the series Im Kreis der Wahrnehmung durch ein Rohr. Normally an object is observed at a distance with a telescope, but here it is used at close range. The movement of the camera tube and its contact with an object create new light situations. This creates over-illuminated and darkened areas, as parts of the object protrude into the tube. The end of the tube formed the perceptual boundary: what crosses it or what lies too far away becomes invisible. The effect of an orifice plate is processual. With his new methodology, Buchwald generated images of the object surfaces. They are not only aesthetic compositions, they give up riddles, deceive the viewer. In some photographs they believe to recognize foreign celestial bodies, for example. Buchwald describes further intentions that led to this conception as follows:

"While photographing, I have the impression that I can look into the interior of the objects with this device. (...) Of course I cannot look inside, but my experimental arrangement provides images that give rise to speculation. I call it the archaeology of the surface and use it to investigate historical sites. Past events leave traces and form a significant universe. I find it hidden and realize that the phenomenon of space of time is a problem of seeing."