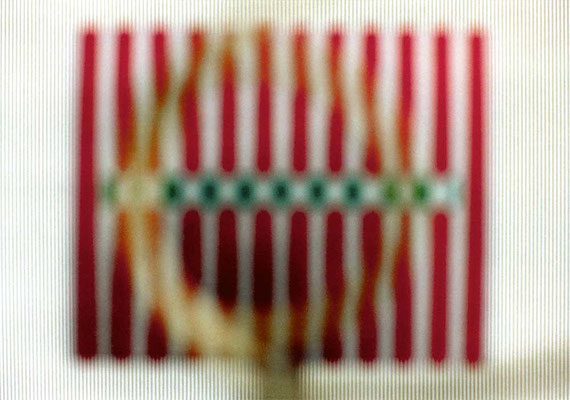 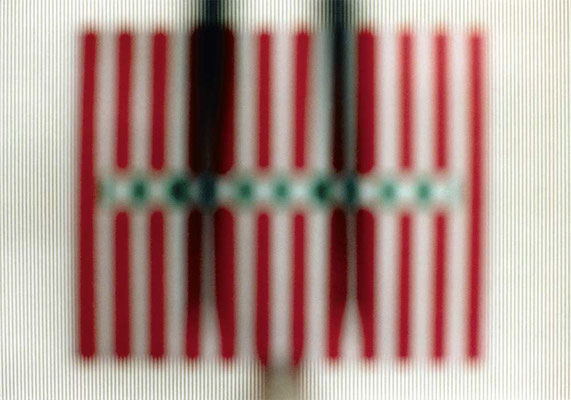 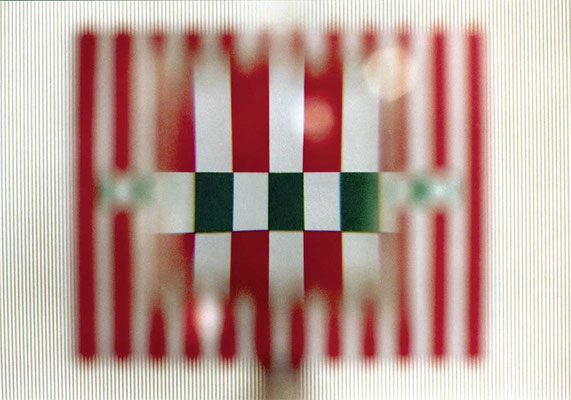 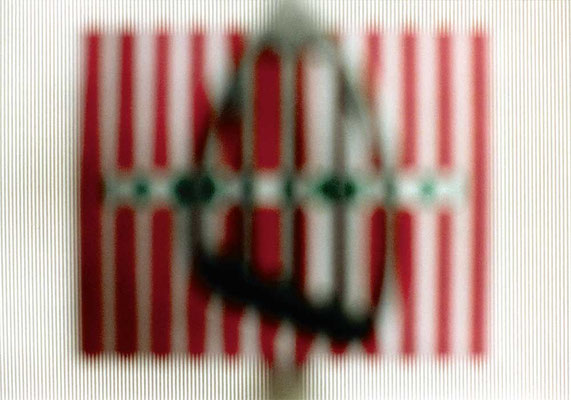 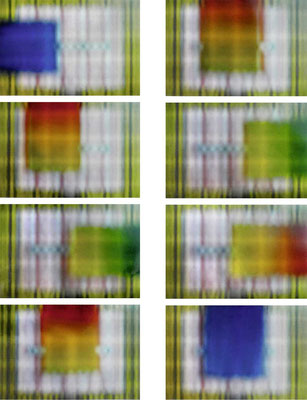 With the Stripes series, Buchwald for the first time dispensed with representational reality. The real details of landscape and portrait were exchanged for a construction with a striped disc and stripes in the background. In this artificial situation, the stripes were erased or overlapped depending on the camera position. In this experimental setup, a disturbance was deliberately inserted by the introduction of color wedges, rods and grids. Like a magnet, a black wedge bends parallel stripes. The variations in the camera settings result in interference patterns.

"The apparatus produces its own images without changing the context in front of the camera."

In contrast to the works created in the 1980s, which described photography as a medium for the transmission of information, the Stripes testify to the relativity of the light image as an image that arises from the process itself.