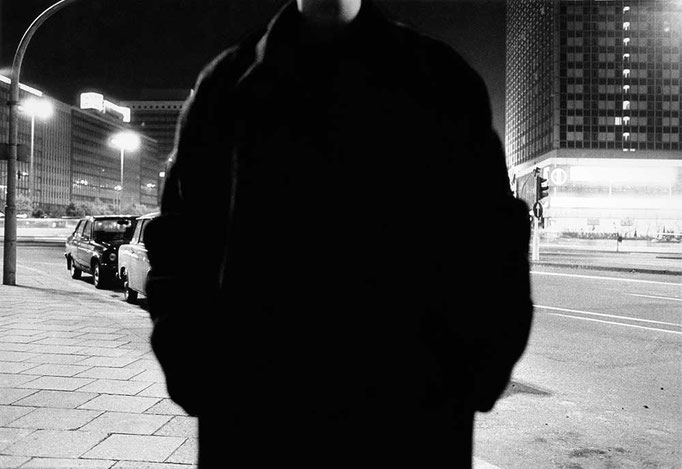 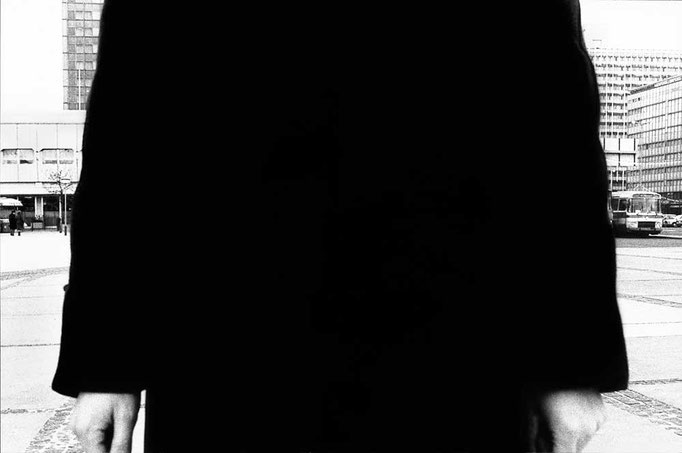 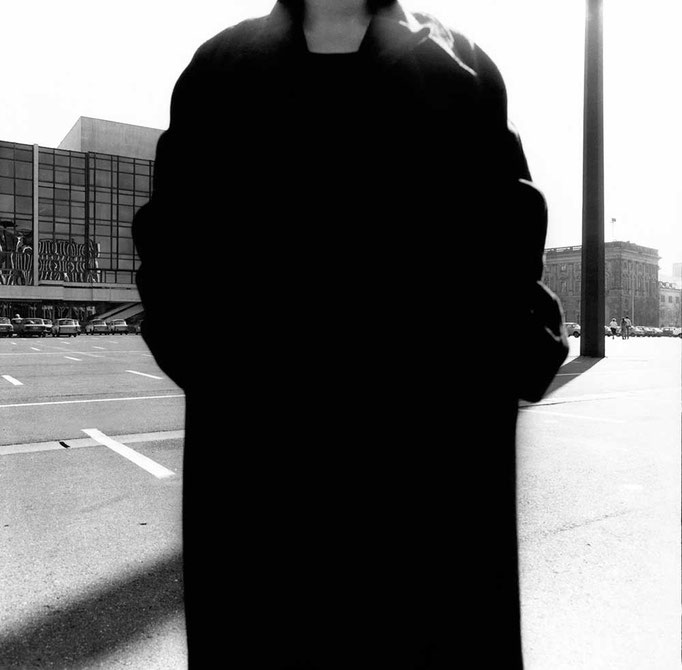 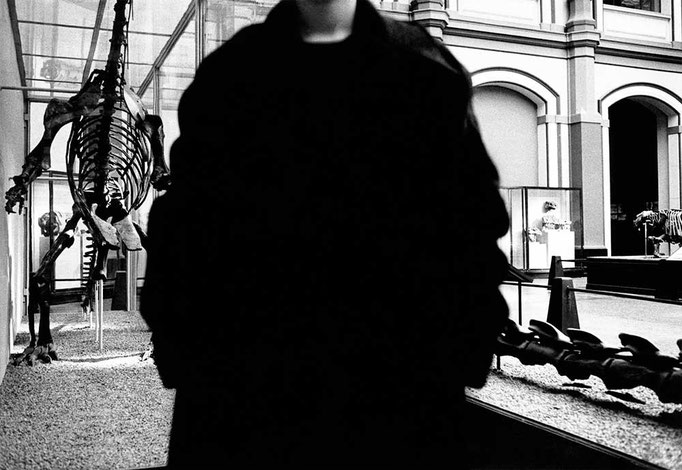 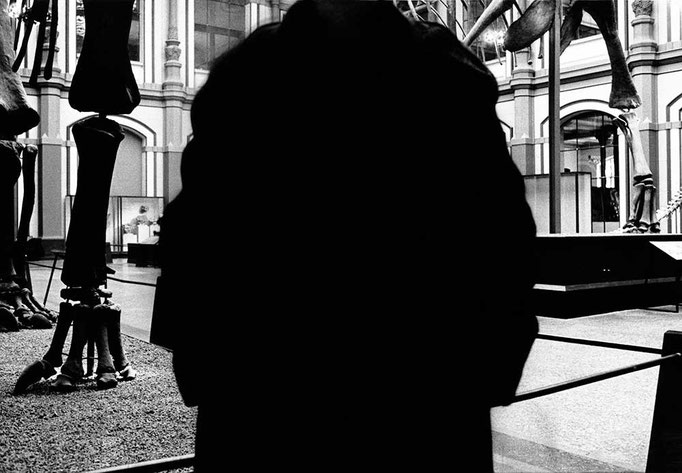 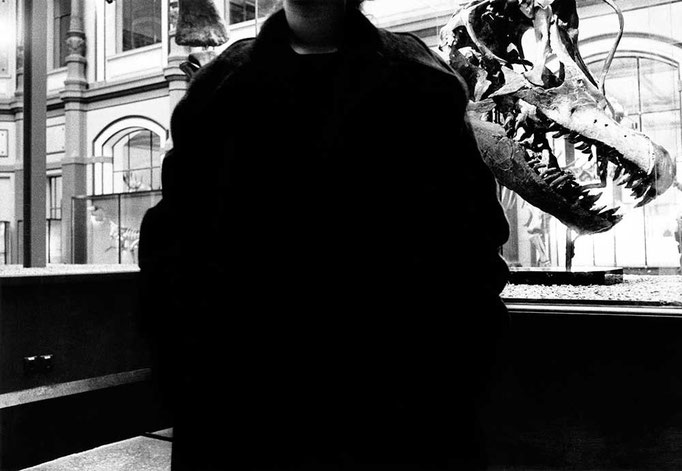 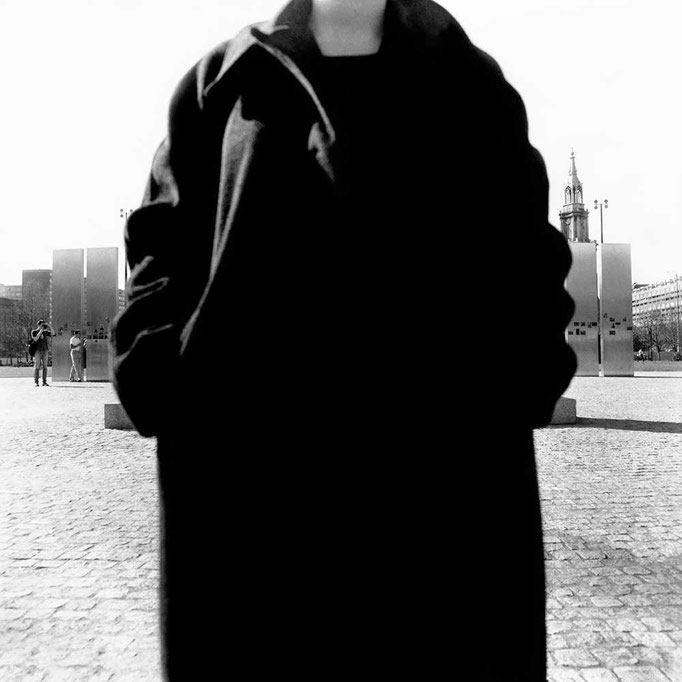 The group of works Störbilder (disruptive images) consists of 4 works: Stehplätze - Störplätze (1984), the picture tableau Ein Tag in Ostberlin (1986) and the series Die Nacht und Mantelbilder (1988), whereby the individual pictures again have their own titles.

The action Stehplätze - Störplätze was created in 1984 on Alexanderplatz. Buchwald positioned a camera with a tripod on the square, selected a certain section of the picture, and concealed the picture with his own figure dressed in a black coat during the shooting. In doing so, he consciously staged an act of disturbance. In the work Ein Tag in Ostberlin (1986), commissioned by the Fotogalerie at Helsingforser Platz in Berlin, Buchwald did not stand in front of the camera himself, but had another person wear his black coat. Buchwald again concentrated on the background, which is covered by the person in the coat. Nevertheless, sights such as the Palace of the Republic and the Marx Angels Monument can be seen. Since the centre of the picture remains concealed, the viewer himself has to reconstruct the "erased" reality in his thoughts.