Those who cannot remember the past,

are condemned to repeat it.

From the Group journal of Christiane P.

Based on Matthias Leupold's personal biography, he has devoted a new series of staged photographs "From the Group Book of Christiane P." to the question of which static and moving key images can be used to describe the GDR today and, in particular, his youth in the 1970s in Berlin-Prenzlauer Berg. The group book of his school friend Christiane P. and her notes form the matrix of the photographs and their protagonists. She found it easy to write and had a fine handwriting. As the elected group council chairperson and secretary, she looked after the group book of his class at the Anton Saefkow School for years. With the help of these authentic records, Matthias Leupold also managed to revive his memories of that time - and thus to paint an almost forgotten, collective picture of that time.

"Every epoch has a blind spot that prevents it from seeing the ridiculousness of its goings-on, the arrested by time, the involuntarily comical. Matthias Leupold has a talent for placing the tripod of his camera in precisely that blind spot and showing all the exaggerated, slippery and unfortunate, perhaps even mendacious things that remained hidden from contemporaries at that time....".

THE PHOTOGRAPHER ABOUT HIS PROJECT

In the context of past anniversaries, there have been many reports about the GDR. The impulse for this personal photo series came from the desire to tell an inside view from memory and to visualise it through repetition at the moment of staging. Precisely those things that were self-evident and omnipresent at the time have not entered the collective memory of the GDR: military training in adolescence in the Society for Sport and Technology (GST), preparation for service in the National People's Army (NVA), the instruction day in production (UTP) at the sponsor brigade, the Subbotnik, the group council election, Russian anti-war films, wreath-laying ceremonies at monuments to anti-fascists and Soviet soldiers of the Second World War. These included the singing of political songs, organised and ordered mass demonstrations on public holidays, top sporting performances to consolidate the recognition of the GDR abroad, the absence of pictures, the self-designed wall newspapers and the keeping of group books.

My personal experience of the conflict with state power: In 1982, I was an inmate of Hohenschönhausen prison for not reporting a friend's planned escape from the Republic. At the site of the event (today the Hohenschönhausen memorial) I made a series of productions in the authentic rooms. The ruins of the Arthur Becker barracks in Goldberg near Schwerin, where I had been drafted into basic military service with the NVA in 1977-79, were also included as background. As part of the school education, Russian anti-war films and propaganda films were shown in the assembly hall or in the cinema in the neighbourhood. On anniversaries such as 8 May, wreaths were laid at monuments to anti-fascists and Soviet soldiers of World War II, to which the Thälmann pioneers or members of the Free German Youth (FDJ) wore their appropriately uniformed white or blue shirts. Singing political songs was a natural part of the weekly flag roll ceremonies.

The work on the series was also an experiment. The titles of the pictures, some of them in the standardised language of the time, of published party programmes, the constitution of the GDR, manuals for pioneer leaders and non-commissioned officers, slogans on propaganda banners, eyewitness accounts and my written memories as an eyewitness play a special role in this series of pictures.  General pieces of text, songs and word fragments, gestures, uniforms, symbols, places and monuments, which are often spoken and in part officially familiar, were combined through the scenic photographs to form a visual critique of that time, the 1960s, 1970s and 1980s in the GDR, in which those in power at the time tried to impose their will on young people, also through recurring idealising photos, slogans and propagandistic catchphrases in the GDR media, and to systematically break any will for freedom while it was still in the making. Fortunately, this did not succeed. Artists, and activists began to rebel in the 1970s, thousands got involved in Christian associations, the first environmental initiatives and private circles of friends, wrote and copied leaflets and poems with typewriters. These non-conformists often took high private risks in order to renew the country and share their will for individual freedom. Millions of dissenters ultimately chose to live in the West and left their homeland, both legally and illegally. After numerous reprisals, such as exhibition bans in 1986 at the Bauhaus Dessau and the Hochschule der Bildenden Künste Dresden, travel bans and arrests, I was released from GDR citizenship in October 1986 and travelled to West Berlin via the Friedrichstraße border crossing, the "Palace of Tears". The State Security had shadowed me from 1977 to 1987, (Operative Personenkontrolle (OPK) file "Photo", length approx. 900 pages). In 1989, the orchestration of power fell apart. Fear changed sides when tens of thousands of people openly demanded freedom of expression and freedom of travel in Leipzig on Mondays in October and then on Alexanderplatz in Berlin on 4 November. They did not demand freedom of images. 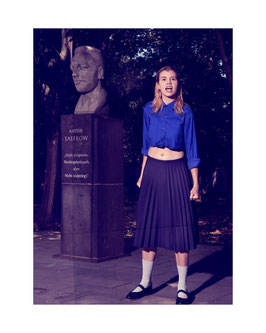 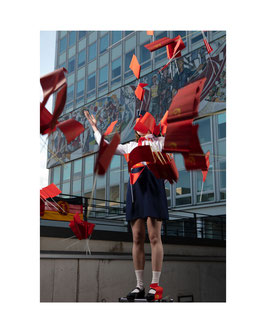 love work, respect all work and all working people 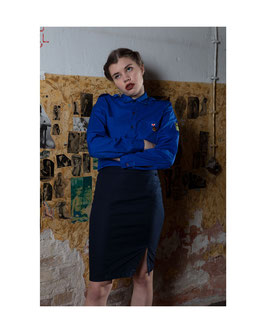 A visit to the sponsor brigade at VEB Elektrokohle 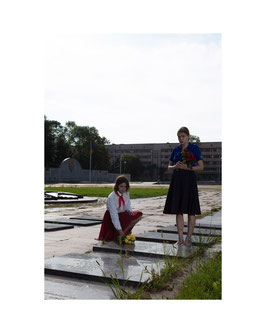 An FDJ delegation from Zwickau and members of the Vladimir Ilyich Lenin Pioneer Organisation lay  flowers at the memorial: Марсове поле for the heroes of the Great 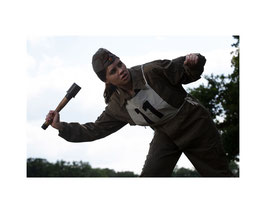 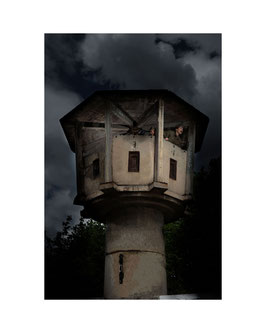 Watchful at all times - Building peace with weapons 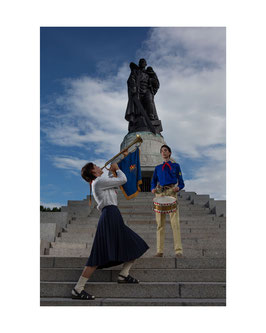 Think with the song 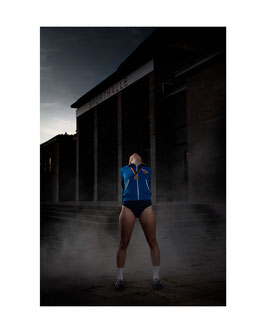 Gold medal for the GDR: 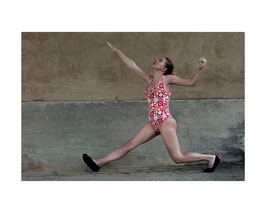 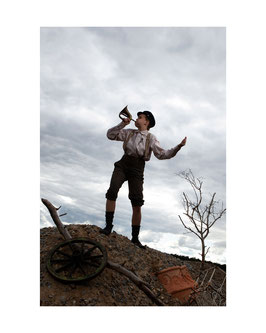 The Song of the 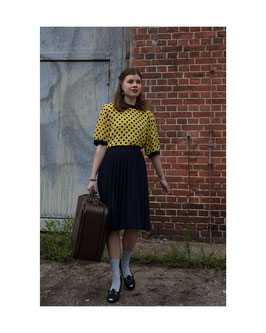 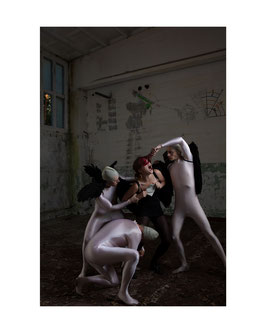 Re-education of the birds II 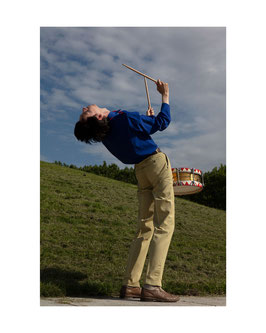 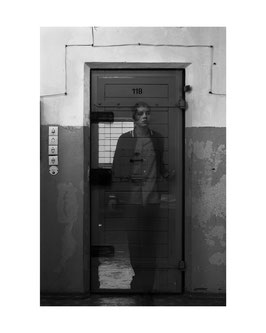 "There is only one truth." 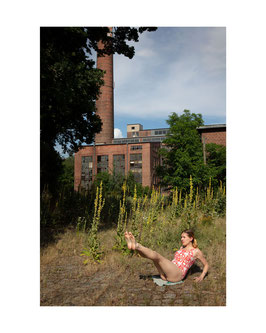 Gymnastics during the lunch break 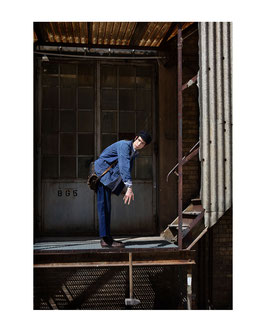 Fridays from one o'clock everyone does his own 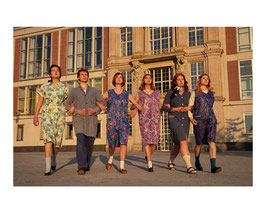