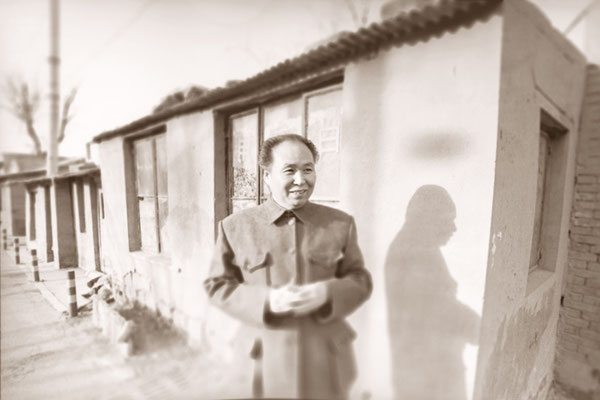 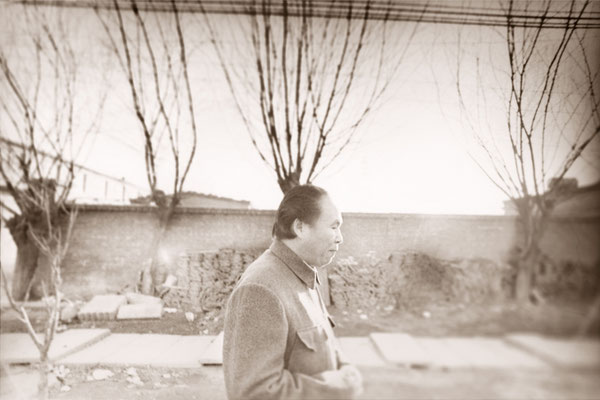 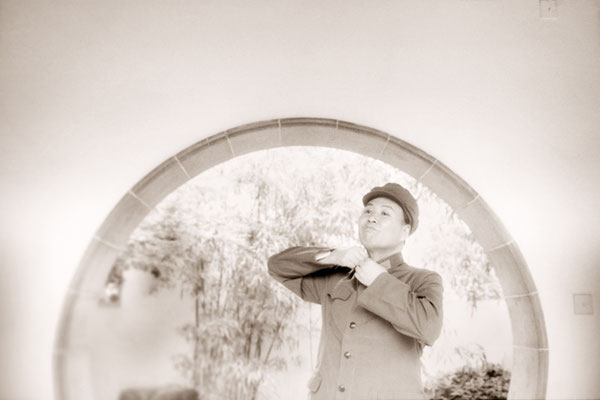 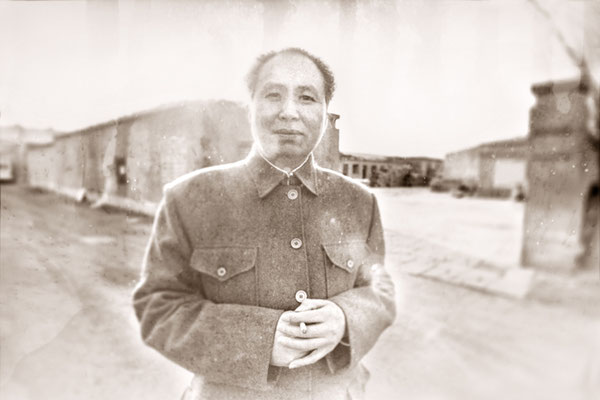 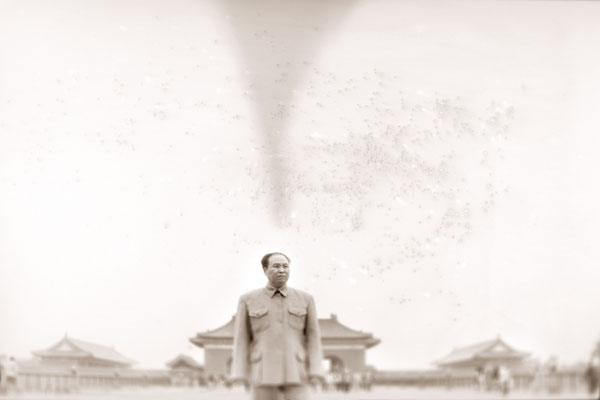 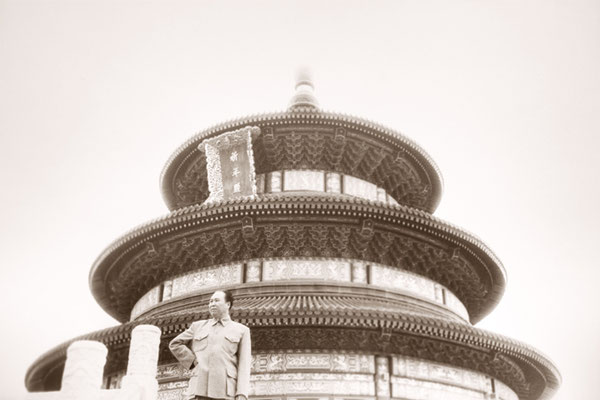 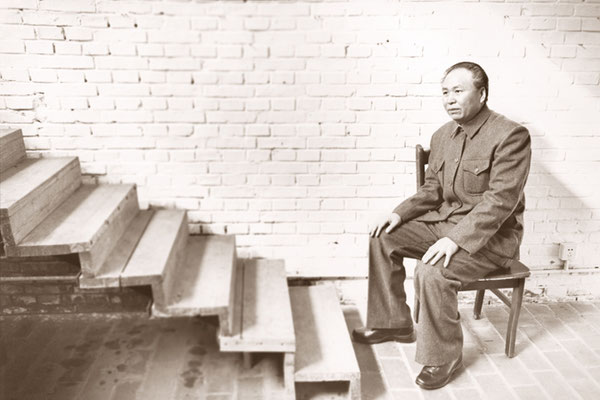 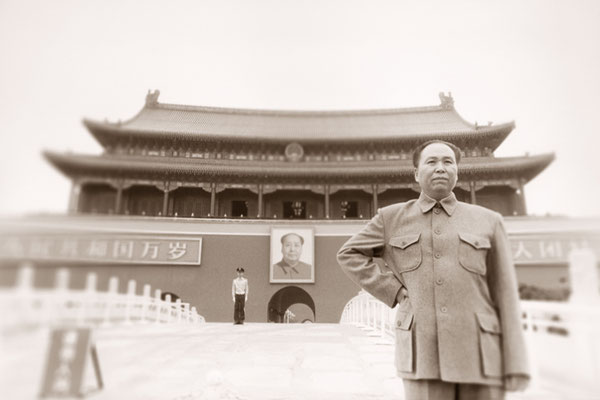 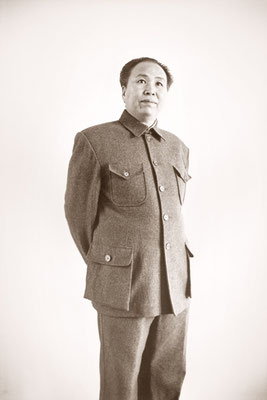 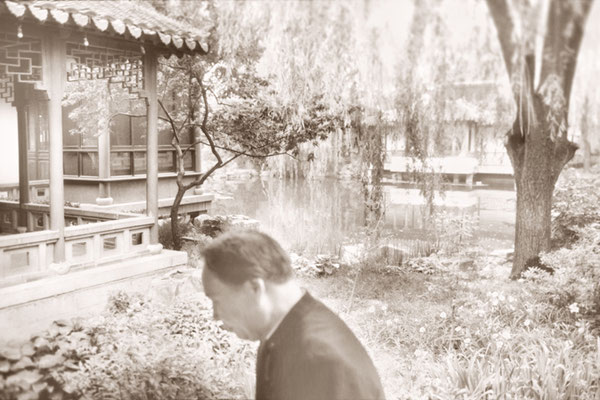 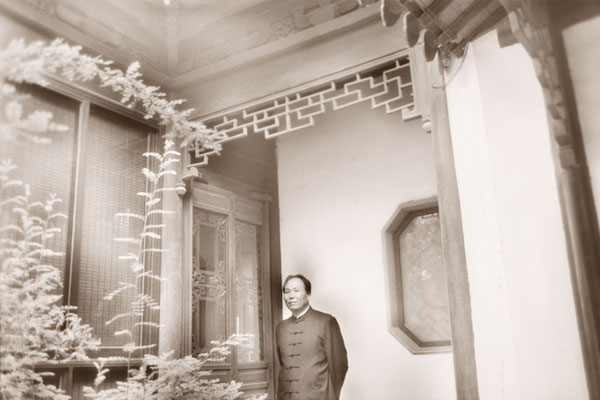 "Impersonating Mao" is concerned with uncovering the alternate life of Zhang, an impersonator who assumes the appearance and bearing of Mao Zedong, founder of the People’s Republic of China. Captivated by his quest for self-escapism and his embodiment of one of China’s most iconic historical figures, Daoust’s portraits extract an activity that goes beyond parody to reveal the impersonators desire to flee reality and pay personal homage to a by gone era.

Montreal born, Nathalie Daoust negotiates the boundaries between reality and imagination, which she uses to address ideas of fantasy, identity and escapism. For her latest project, ‘Impersonating Mao’, Daoust is concerned with capturing and preserving the alternate life of Zhang, an impersonator who assumes the appearance and bearing of Mao Zedong, founder of the People’s Republic of China.

The term impersonator widely conjures up notions of joviality and entertainment however for Zhang the experience is a far deeper one, touching on the ritualistic and spiritual act of a personal homage to a by-gone era. Meticulous in his execution of Mao, Zhang’s “performance” is much more craft and far less parody. The undertaking fulfills his desire to flee reality, offering refuge from the struggles of everyday life.

On first witnessing the impersonator posing as Mao in Tiananmen Square, Daoust was immediately intrigued by his careful construction of an alternate identity. Captivated by his quest for self-escapism and his embodiment of one of China’s most iconic historical figures, she returned to Beijing some time later and photographed the impersonator extensively. The settings and compositions of the portraits vary; some are a nod to the surreal and illusive nature of the situation while others reference the historical and political importance of Mao Zedong, by re-creating original photographs taken of Mao during his reign. In an attempt to capture what is both imagined and real, Daoust has juxtaposed well-focused areas against blurred and over-exposed areas. This is suggestive of the tug of war between reality and imagination, past and present and imitation and authenticity.

Through the photographic process Daoust has sought to participate in the impersonators journey back in time. Abandoning modern methods in favor of a traditional approach, she shot the images on a collection of expired Chinese film and processed them on archival fiber paper, the desired effect of an imagined past has to an extent become a reality. The portraits have attained an archaic look, a coating of amber resin serves as a seal – thus encapsulating the images in time.

Please contact us for more information and price of the works.