I am we. Eine endlose Reise.

Antonio Briceño is one of the most important photo artists of Venezuela, whose central theme of his works is the human being in his environment. He transforms the cosmogony and mythology of Latin American indigenous peoples into a subjective iconography, which emerges from the dialogue of contemporary art and ethnology with the medium of photography. His photographs show South American shamans with whom he lived for months and whom he was able to portray with their permission. To get close to these people, he travelled from the Peruvian Andes, through the Brazilian jungle to the Sierra Madre in Mexico, often under life-threatening circumstances. The (super)natural connection of the shamans to their environment, their wealth of experience of the healing powers of nature, the elements water, air, fire and earth, from which they draw their magical abilities and powers, are impressively artistically portrayed in Antonio Briceño's large-format photomontages.

The Sámi people -some 80,000- live in Lapland, a region that stretches along the north of Norway, Sweden, Finland and northeast Russia, with a population of approximately 80,000. They are considered to be Scandinavia's indigenous population, and they claim to be recognized as such, demanding that authorities in European nations respect their rights and autonomy. Sámis are a very close-knit group who are very proud of their cultural heritage, their knowledge of nature and the environment, of reindeer herding, of their traditional dress and, above all, they are proud of their language.

The images related to the spoken language (series 144 landscapes, 187 snows and 520 reindeer) are printed onto thin flexible sheets of methacrilate, not only as an allegory of the transparency and lightness of that landscapes, but also as a direct reference to undulating dried reindeer leathers, onto which Sámi, for millennia, had left graphically captured their cosmogony and mythology. These pieces constitute a re-interpretation -by contemporary means- to the ancestral references for a people whose origins were based upon the reindeer taming, as the ancient rock paintings and carvings still show in Lapland. This work was made between 2008 and 2011 under the sponsor of the Embassy of Finland in Venezuela and the Sámi Parliament of Finland.

The weepers. Our last tears

There is a sea made up of unfathomable waters: the sea of emotions. It is host to converging torrents, attacks, rages and intensities, which seem to be contained by the over-estimated dam of reason. However, behind the concrete bounds of our logical life, lies an ocean that is endlessly swelling.

These waters free themselves via many different escape routes. The liberation that crying provides is much more than a form of therapy; in essence, it is a connection, an unequivocal expression of a powerful emotion. In this sense, professional weepers have been the quintessential officiates of the merciful ritual of crying...

The skin of Mars

Violence leaves indelible traces. There is no small war. This is the field of Mars, the god who lives in our minds as an archetype since time immemorial. War haunts and consumes us cyclically. Violence, with its thousand faces, explodes everywhere; also within ourselves.

Mythology runs alongside astronomy, and so we can see, clearer than ever before, the traces of violence on Mars, the planet that resembles ours the most: impact craters, abysms, dunes, cracks, mudslides, cannons and volcanoes, like Mount Olympus, crowned the tallest one of the whole Solar System. It is presumed that life existed on that small planet under different circumstances, but all we can see is its scars: the remains of past cataclysms, unceasingly eroded by furious winds...

Carl Jung’s vision of the human psyche entails the inexhaustible cof reconsidering all mythologies as cultural manifestations of the collective unconscious. Therefore, gods and demons emerge as epiphanies of the Archetypes: primordial constitutive images common to all mankind, regardless of time and place, that manifest themselves symbolically through dreams, delusions, gods, and myths of all cultures. Divers archetypes have been constructed in Jungian psychology from Greco- Roman mythology. Indeed, a myriad of images, personality traits, and psychological features derive from this profusely illustrated and celebrated pantheon.

The series Omnipresence looks into Greco-Roman mythology through the lens of photographic collage. It reflects on the archetypal substance of several deities, and offers an image of our contemporary reality created by the digital superposition of pictures...

I am we. An endless journey

The exhibition shows the latest artistic work from 2020. He started this project to highlight the diversity and mobility of human beings and propose a reflection on migration as a constitutive process of the species from its origins.

It is estimated that the origin of Homo sapiens, in sub-Saharan Africa, occurred some 300,000 years ago and since then humanity has begun to expand until it has conquered all the inhabitable places on the planet. The oldest remains have been found in East Africa. Assuming that this is the original site of the species, all of us who live outside of it are the children of migration. The DNA of modern humans is a mosaic built from a continuous mix, the product of an endless journey. Migrations are an extremely complex phenomenon that has very different causes. Worldwide, there are waves of migrants who flee their places of origin, for multiple reasons, in the hope of a better life. According to the UN, there are 250 million migrants, 3.3% of the world's population. In 2014, due to an unprecedented social crisis in Venezuela, my country, I had to emigrate to Barcelona. Since then, the fact of migration has been a central figure in my life. A few months ago I decided to investigate, through the study of my DNA, the origin of my ancestors. When I received the results of the analysis I understood the magnitude of the migratory process. My DNA contains the history of human migration very well represented: there is information from 21 genetic groups in the world. Since I am currently a migrant, I decided to undertake this project, which I have called "Yo somos", in which I want to highlight the diversity and mobility of human beings and propose a reflection on migration as a constitutive process of the species from its origins.

Selection from the shop 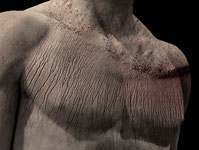 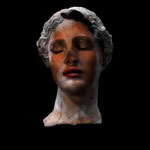 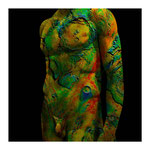 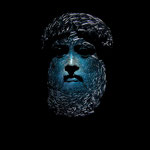 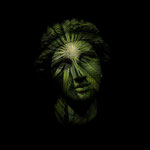 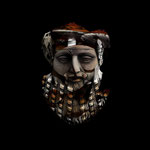