Marco Breuer is interested in the materiality of the photograph and especially of the photosensitive surface. He is the pioneer of the Photographic Frottage, the Thermogram, and the Photograffiti. His works show evident traces of a mechanical, thermal, and chemical influence, extraordinary in the history of photography and in the digital age. The artist uses different tools like a razor blade or sandpaper to work on the surface. He treats the photograph as a painting and uncovers the separate chromatic layers that emerge. In some pictures Breuer uses a Bunsen burner to create interesting effects. These photographs, produced in an unusual artistic process, impress with their beauty and their suggestion of three-dimensionality. Historically, photographs have always been treated with utmost sensibility, their protection and preservation were of great importance. Contrasting history, Breuer analyses the photographic materiality by working on it, destroying the photosensitive surface layer by layer. The picture that misses a representational motif itself becomes the motif, determining the radical break with the photographic tradition.

Marco Breuer was born in Landshut in 1966. From 1988 on he studied at the Lette-Verein in Berlin and later at the University of Applied Sciences in Darmstadt. In 2000 he moved to New York to specialize in photography at the School of Visual Arts, finishing his studies at the Bard College in New York where he lives and works today.

Breuer’s art is part of numerous U.S. collections, including the Museum of Modern Art, the Paul Getty Museum, and the Fine Arts Museum of San Francisco. In Germany works are owned by the Staatsgalerie Stuttgart. 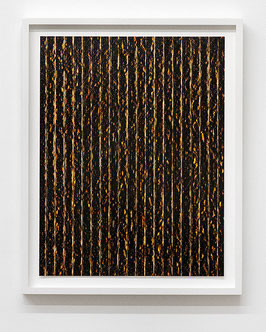 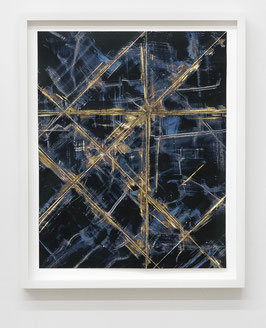