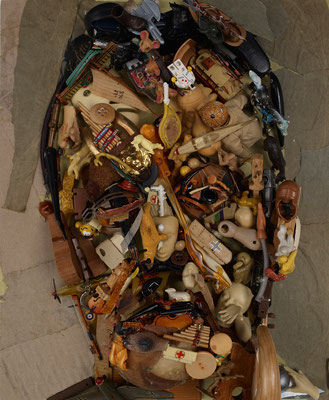 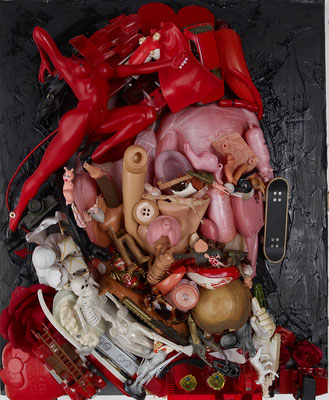 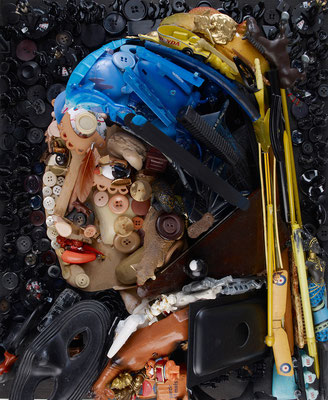 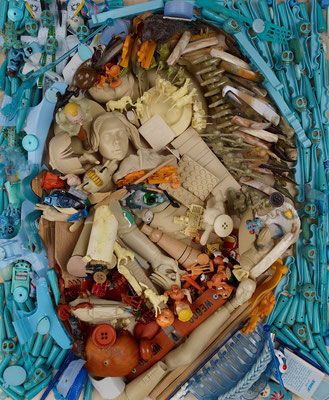 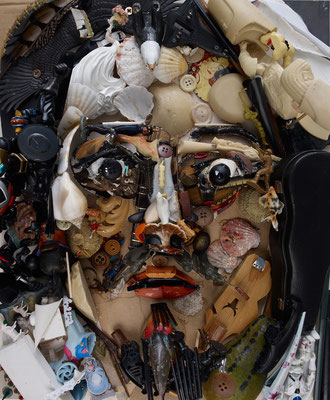 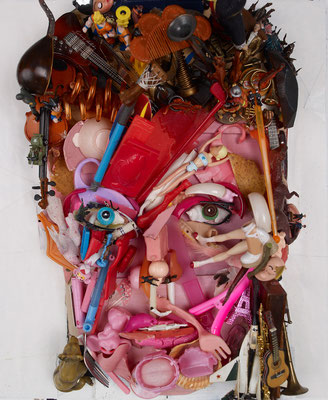 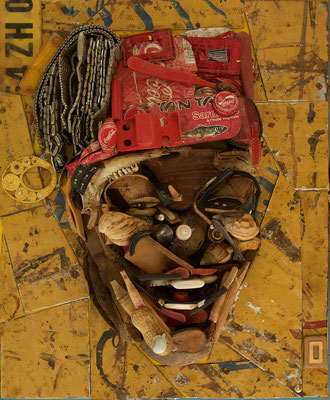 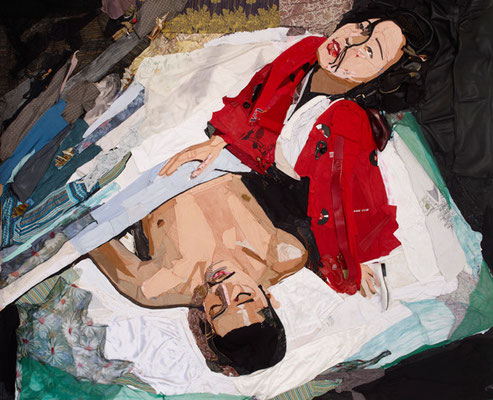 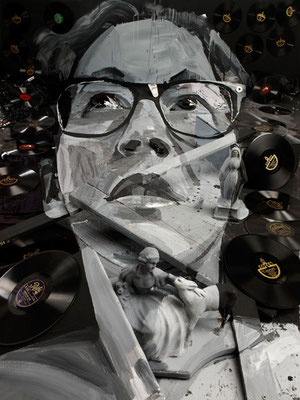 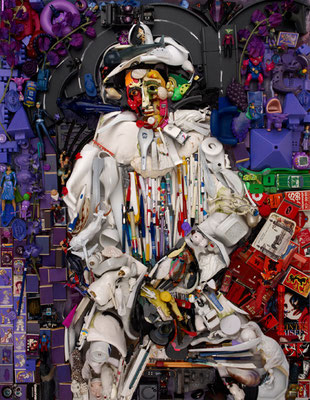 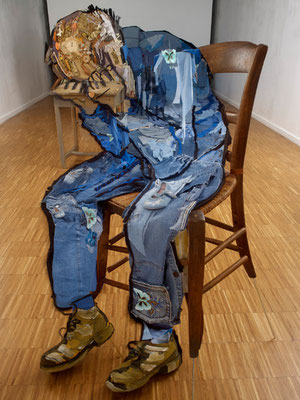 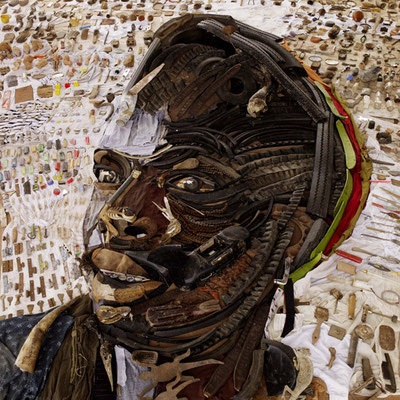 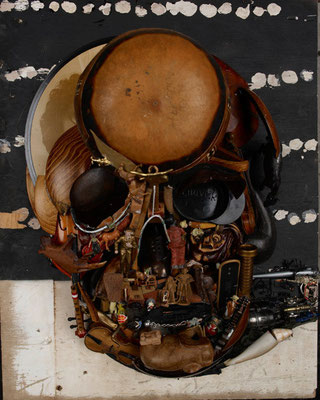 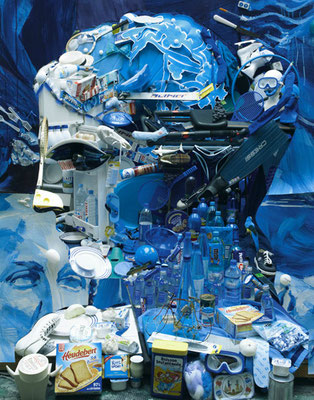 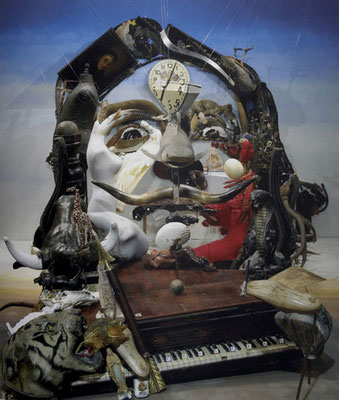 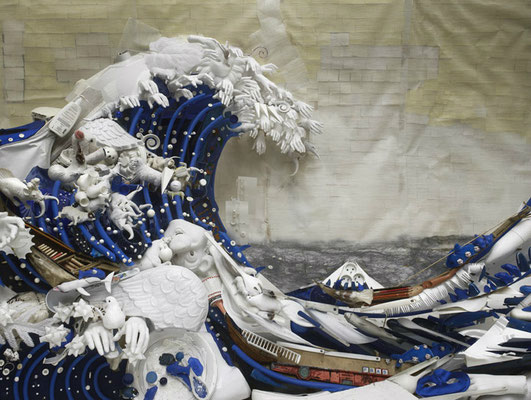 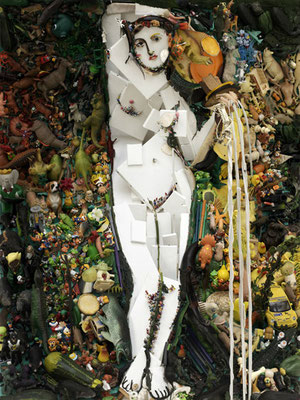 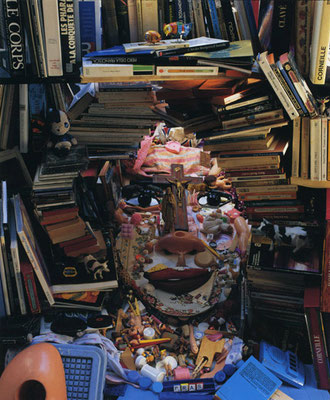 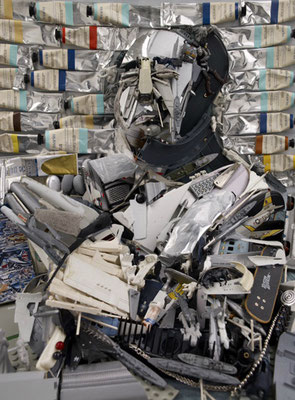 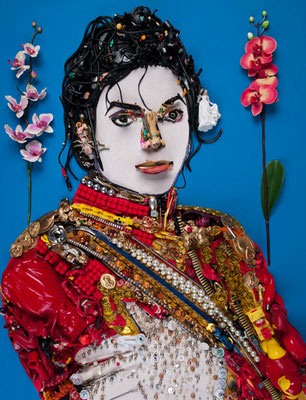 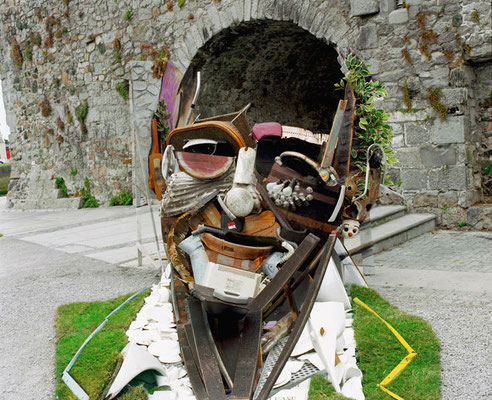 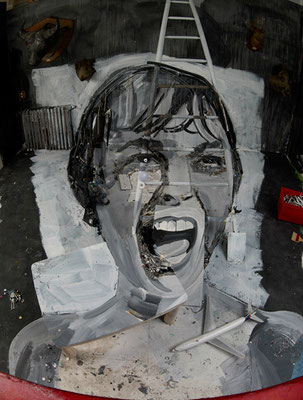 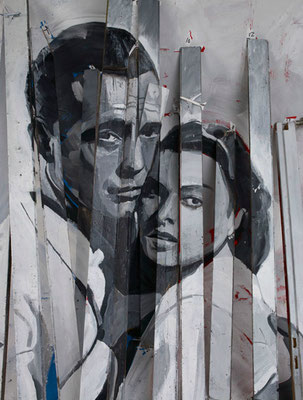 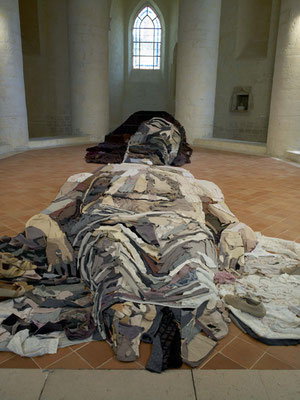 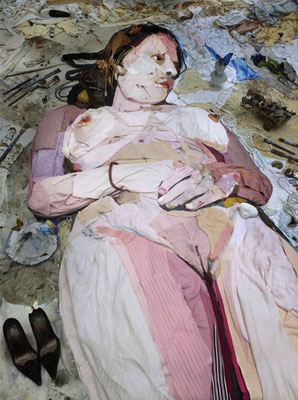 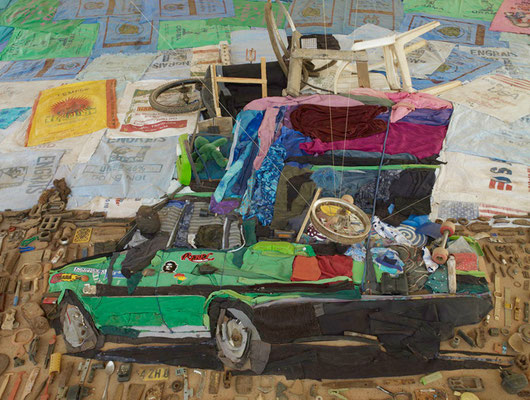 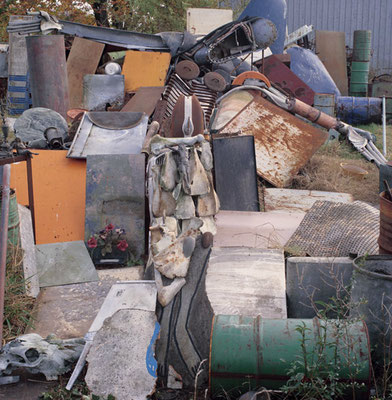 Starting from a photograph, Bernard Pras creates amazing pieces of art, by adding ordinary objects like used toys, tools, pieces of rubber, or whatever else you can think of.

From up-close his works look like nothing more than random stacks of stuff, but from a certain angle and distance, they reveal their true beauty.

Bernard PRAS was born in 1952 and studied fine arts in Toulouse. In 1997, having painted during 20 years, he found a new way of expression. Working from a drawing, he collects heteroclite objects, according to their colour, their shape, and even their sense. Then he assembles them, observing the progress of his work through his camera. Then appears the subject, whose image will be fixed.

After an extensive and wide-ranging training, the artist Bernard Pras slowly began to focus on portraiture while experimenting with many different techniques.

Benard Pras adds an extra dimension of complexity: he distributes the individual elements that constitute his portraits in rooms - frequently locations chosen with great care - that participate in the creation of the composite artworks. But in the end it requires a camera lens to bring them together in a photograph, and to turn them into recognizable portraits.

He makes use of anamorphosis, which is then retracted by the camera’s lens. This is not the place to reflect on the pool of associated components he draws on. However, the resulting images are so powerful that one feels as though someone has fully understood Arcimboldo’s method of composite art and has catapulted it into the present.

In these large-scale compositions, seemingly filling the space of his studio in a chaotic and haphazard way, Pras is able – with the aid of his skill in rendering perspective and his unrivalled photographic eye - to breathe life into his imaginary portraits that document a sense of irony and humour.

More than making a simple copy, Pras gets to grips with building a mental landscape, in such a way that, if it's not the real hero who emerges, it's an emanation who resembles him trait for trait, lit up by thesame cardinal qualities or faults.

Despite everything, the problematic of the choice of subject and the strategy by which it reach it, remain intact.